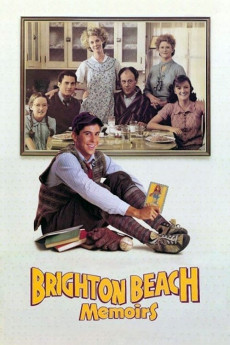 Judith Ivey, Jonathan Silverman, Jason Alexander, Blythe Danner
Eugene, a young teenage Jewish boy, recalls his memoirs of his time as an adolescent youth. He lives with his parents, his aunt, two cousins, and his brother, Stanley, whom he looks up to and admires. He goes through the hardships of puberty, sexual fantasy, and living the life of a poor boy in a crowded house. —Jason Ihle