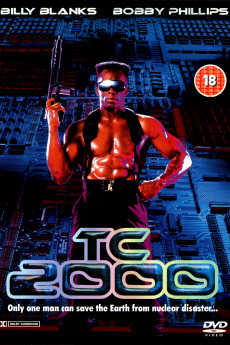 Bobbie Phillips, Bolo Yeung, Matthias Hues
2020. After decades of industrial pollution and fatal environmental disasters, the world has turned into an endless, inhospitable wasteland. As people grapple with disease and hunger, the rich now live underground, while killers, criminals, and everyone else struggle to survive among the surface ruins. To keep the off-limits underworld safe, hard-as-nails Tracker Communicator Jason Storm and his rookie partner Zoey Kinsella patrol the barren land above ground, fending off or terminating the lawbreakers. However, when a deadly conspiracy threatens the fragile balance, Jason and an unexpected ally, a master in lethal martial arts, must join forces and thwart the plans of a dangerous megalomaniac. But can two men working alone avert a second Armageddon?