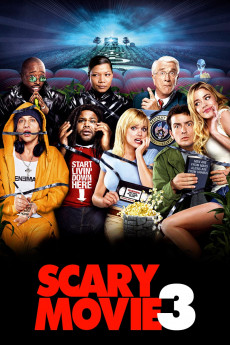 Denise Richards, Pamela Anderson, Anna Faris, Charlie Sheen
A mysterious killer video tape is circulating around. One look at this tape and you have seven days left to live. News Reporter Cindy Campbell (Faris) witnesses this video tape and tries to work out a way to prevent her death. But this is not the only mystery to appear. Crop circles have been appearing in the local farm of Tom (Sheen) and George (Rex). With help from Aunt Shaneequa (Latifah), Cindy suspects that the aliens may be linked with the killer tape and must now work out both mysteries before it's the end of the world.