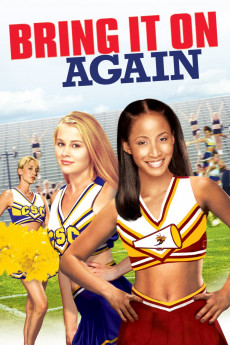 Kelly Stables, Bethany Joy Lenz, Felicia Day, Bree Turner
Dean Sebastian wants to safeguard the perks of a college with a champion cheer-leading squad, so he instructs ruthlessly ambitious and tyrannical captain Tina, who was preparing her sycophantic buddy as successor, to mentor in stead a freshman talent, Whittier. After jumping trough hoops in every sense, she however draws the line at having to dump her buddy Monica and calls the bluff of the classical threat 'or you're out'. So they and Greg, the gay leader of the male cheerleaders on whose shoulders the antics rest literally, pull out and form a rival squad, which welcomes campus misfits and social outsiders, including inventive smart-aleck Derek, yet also enters the national championship.