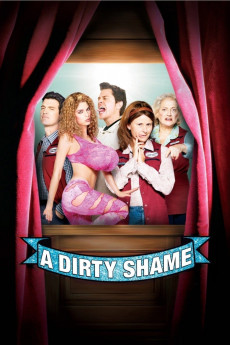 Selma Blair, Johnny Knoxville, Ricki Lake, James Ransone
Lust is in the air on Harford Road and Sylvia Stickles, a grumpy, repressed middle-aged Baltimorean, doesn't like it. Though Sylvia's handsome husband Vaughn still has marital urges, his wife could not be less interested -- she has more important things to do. Not only does Sylvia run the family's Pinewood Park and Pay convenience store, she's also responsible for watching over her exhibitionist daughter Caprice. A go-go dancer known to her adoring fans as Ursula Udders, Caprice and her stupendously enlarged breasts are currently under house arrest after several nude and disorderly violations. But Sylvia's world is turned upside down one day after suffering a concussion in a freak traffic accident. Sexy tow-truck driver Ray-Ray Perkins rushes to her aid, and the stricken Sylvia realizes he is no ordinary service man; he's a sexual healer who brings Sylvia's hidden cauldron of lust to the boiling point.