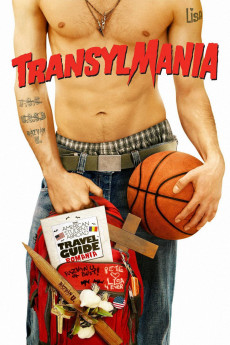 Musetta Vander, James DeBello, Bonnie Morgan, Annette Charles
Moronic American student Rusty arranges a student exchange program for his closest friends and him to study in Romania for six months and meet his Internet girlfriend Draguta. He travels with potheads Pete and Wang, Pete's girlfriend Lia and her twin sister Danni, the naive and romantic Newmar and his dippy girlfriend Lynne, the nerd Brady and his sexually confused roommate Mike, and crook Cliff. His friends actually intend to party. While traveling by train to Razvan they learn that five hundred years ago the vampire Radu lost his beloved Stephania, whose spirit was trapped in a music box. Ever since, Radu has kept Stephania's body while seeking the music box to bring her back. One of Radu's minions has recently retrieved the music box but, mortally wounded by the vampire slayer Teodora Van Sloan, drops the object in a gypsy's basket. Newmar unwittingly buys the music box and gives it to Lynne, who opens it and is possessed by Stephania. When all arrive at the university, they are welcomed by Dean Floca, who is a dwarf. Rusty meets Draguta and finds that she has a horrible hunchback. Not only is Dean Floca her father, he's a psychopath who keeps a torture chamber in the dungeon of his house for his daughter's jilting boyfriends. With Radu on his way - who is identical to Rusty - the brainless American students find themselves in a very messy and convoluted situation. —Claudio Carvalho, Rio de Janeiro, Brazil