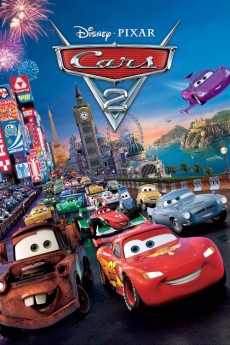 Jason Isaacs, John Turturro, Owen Wilson, Michael Caine
Lightning McQueen, the world's best racecar champion, and his loyal tow-truck companion, Mater, head to cosmopolitan Tokyo for an exciting World Grand Prix after accepting a challenge and the events of Cars (2006). But there, innocent Mater will find himself entangled in an international conspiracy and dangerous espionage games, as both undercover CIA operatives and secret British Intelligence agents struggle to get to the bottom of the knotty mystery. Under those circumstances, what will become of the first-ever World Championship?