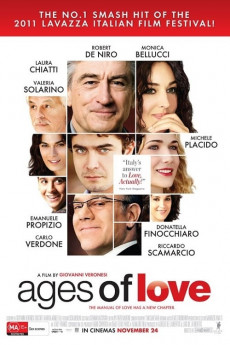 Robert De Niro, Monica Bellucci, Riccardo Scamarcio
Roberto is a young and ambitious lawyer who is going to marry Sara. His whole life is perfectly planned out. During a expropriation which he is in charge of, he meets Micol, a gorgeous and provocative young woman from a small village in Tuscany. This is when things start to get complicated. Fabio, a famous anchorman, has been the perfect husband for twenty-five years. At a party one night, he meets Eliana, a femme fatale full of surprises. This one-night stand proves to be more than what he bargained for when she refuses to leave. Adrian is an American art history professor who moved to Rome after his divorce. He is friends with Augusto, the building's concierge, whose ebullient daughter Viola is about to disrupt his peaceful existence and relight his fire.