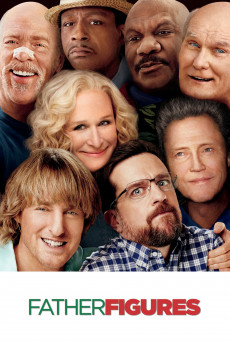 J.K. Simmons, Ali Wong, Owen Wilson, Christopher Walken
Kyle and Peter Reynolds are fraternal twins who were raised by their mother, Helen, as their father died before they were born. Kyle is dating his pregnant girlfriend, Kaylani, and is wealthy from royalties for his image on BBQ sauce labels. Peter is a divorced with a teenage son who resents him. Shortly after Helen's wedding, Peter recognizes an actor on Law and Order: SVU from photos of his supposed father, and confronts Helen. Helen explains that she had been promiscuous at the time of their conception, and did not want their father involved. When they keep pressing, Helen reveals that their father is Terry Bradshaw. The brothers fly to Florida to meet Bradshaw, who they encounter at a signing event. Bradshaw is excited to have them as sons. As Bradshaw recounts stories with former teammate Rod Hamilton, the brothers realize that Bradshaw had been in Australia at the time of their conception, and thus isn't their father..