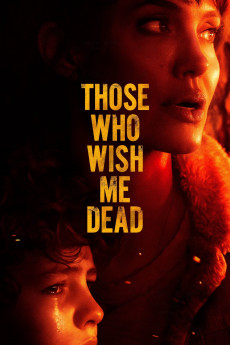 Jon Bernthal, Angelina Jolie, Aidan Gillen, Nicholas Hoult
Stationed in a lonely fire lookout tower in the heart of Montana's green wilderness, guilt-ridden Hannah Faber, a daredevil smoke-jumper having a death wish, is still struggling to cope with her emotional trauma after a disastrous failure of judgement. Then, as if that weren't enough, Hannah crosses paths with utterly unprepared Connor, the young son of the forensic accountant, Owen Casserly, and catches the attention of a highly trained pair of assassins bent on silencing the boy for good. Now, to prevent them from finishing the job, Hannah must put her sharp survival skills to good use and stop the killers, who would do everything in their power to cover their tracks--including setting the forest ablaze. Can Hannah and Connor escape from those who wish them dead?