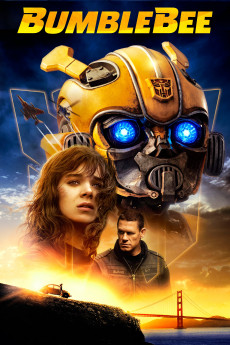 Hailee Steinfeld, Dylan O'Brien, Pamela Adlon, John Cena
On Cybertron, the Autobots, led by Optimus Prime, are on the verge of losing the Great Cybertronian War to their enemies, the Decepticons, had begin making preparations to leave the planet. The Decepticons led by Shockwave, Soundwave and Starscream ambush them during the evacuation, and Optimus sends a young scout, B-127, to Earth in order to set up a base of operations where the Autobots can regroup. B-127 reaches Earth alone in 1987, crash-landing in California and disrupting a training exercise being conducted by Sector 7, a secret government agency that monitors extraterrestrial activity on Earth. Sector 7 agent Colonel Jack Burns presumes B-127 to be a hostile invader and attacks, driving B-127 into the forest, where he is then ambushed by the Decepticon Blitzwing. When B-127 refuses to reveal Optimus' whereabouts, Blitzwing spitefully tears out his voice-box and damages his memory core. B-127 manages to destroy Blitzwing before collapsing from his wounds. Before entering stasis, B-127 scans and transforms into a yellow 1967 Volkswagen Beetle.