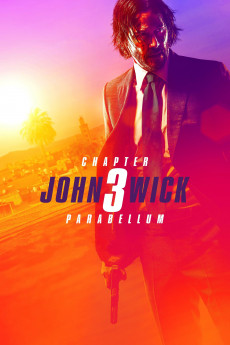 Keanu Reeves, Andrea Sooch, Halle Berry, Lance Reddick
Heavily outgunned and with a glorious bounty placed on his head after the blood-soaked events in John Wick: Chapter 2 (2017), the legendary virtuoso of death, John Wick, finds himself all on his own in the dark underbelly of Manhattan's vast urban battlefield. With every ambitious nobody in the business itching to terminate the excommunicated cardinal of destruction, John has to do battle with pitilessly endless waves of the High Table's murderous cut-throats, against the backdrop of a fatal mistake at the neutral Continental Hotel, and a long-standing feud over an innocent puppy. Indeed, many have tried to claim John's head; however, dead men can't spend money. Now, the artist of suffering prepares for war. Don't they know who the Bogeyman is?