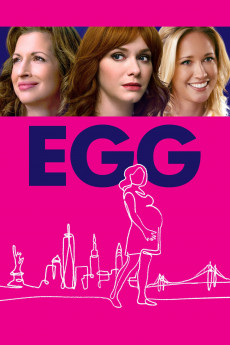 Anna Camp, Gbenga Akinnagbe, Alysia Reiner, David Alan Basche
Tina is a New York artist whose husband Wayne lives off her money and success. They invite her eight-months-pregnant art-school rival Karen, the perfect homemaker, and her power-hungry new-money husband Don to their Brooklyn loft and surprise them with Tina's new work-in-progress: a radical alternative to motherhood. Tina, expecting a child via surrogate, tells Karen that she couldn't stand having someone hanging off her breast all day. Karen retaliates that being pregnant makes her feel like a celebrity and that she's sorry for people who don't have children. When the sensuous, non-traditional surrogate Kiki arrives, the truth comes out, and the patriarchy fights to hang on by its teeth, and a tough debate breaks out between ex-girlfriends, in which everyone reveals secrets and tries to defend their opinions about surrogate motherhood.