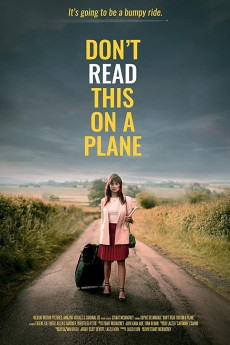 Jovana Fey (Sophie Desmarais) is a novelist. Her first two books received positive reviews, but were a commercial failure. Her third, Don't Read This on a Plane, has just been released - an amusing, risque chronicle of a woman's dalliances with a hundred women. Jovana hopes it will bring the success she craves. As she attempts to check into the first hotel of her 28-day European book tour, she learns that her publisher has gone bankrupt. Penniless and stranded, she decides to continue the tour regardless, resorting to hitchhiking and couch-surfing to meet her appointments across Europe, all the while attempting to project an image of success.